From Carp to Canada, Nolan is Blazing His Own Trail 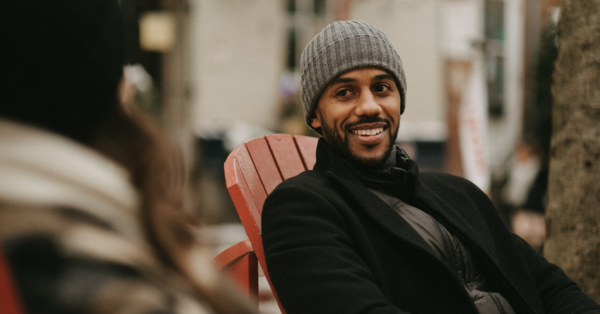 Today’s post features Nolan, an account executive based in Toronto, Canada, whose insatiable desire to learn and problem-solve has helped him reach new heights along his journey.

In this monthly blog series, we shine a light on Procorians across the globe who are living our values of ownership, openness and optimism as we work to improve the lives of everyone in construction. They are Groundbreakers in every sense of the word, and these are their stories.

What do you do at Procore?

I’m an account executive (AE) on the Strategic Sales Team, which focuses on our largest, most complex accounts. I’ve been in this role for 17 months now, but in sales at Procore for roughly four and a half years.

Can you tell us about the path to your current role?

I came to Procore from the construction industry back in April 2016. I’m a civil engineer by education and trade and still hold my Professional Engineer (PE) designation in the State of California. I started my career as a project engineer at a consulting firm in Southern California. From there, I worked for a contractor in the oil and gas sector and later became a civil engineer for a Public Sector agency in Northern California. This range of work experience gave me a unique perspective on the industry during a time when there were a lot of tailwinds pushing it toward technology adoption. I ultimately wanted to get into tech, which is why I joined Procore as a sales engineer (SE), based out of our headquarters in Carpinteria, California. A lot of folks in the SE role come from the industry and understand our customers’ day-to-day lives and product fit. I was one of the first five or six SEs at the business, and my job was to lead the technical sale of the Procore platform. Procore was a smaller company at the time, which was nice because it allowed individuals like me to step up to fill gaps and take on responsibilities that might have otherwise been outside their job description.

After a year and a half in the SE role, there were a few opportunities to move into a quota-carrying AE role, but one, in particular, caught my attention. At the time, I was frequently traveling to Canada with another rep, Connor, who was working the Pacific Northwest region. I fell in love with the cities of Vancouver and Toronto and knew I wanted to move to Canada one day. Around that time, we had a few reps that were working shifts from midnight to 8 a.m. (Pacific Time) to work with the Australian market, and they had pitched the idea that if we could grow our revenue in Australia, then they could move out there and start an office. Our head of emerging international sales at the time, Dan, helped them create the business case and supported that idea, which eventually led to the opening of Procore’s Australia hub.

This inspired Connor and me to try to start a similar motion in Canada. We both raised our hands for the task, picked out an office location, and explored the opportunity together. We still needed to hire a quota-carrying, revenue-generating AE role in the country, so I offered to step into a dual role for a few months until they could bring someone in. Dan said if I was serious, he wanted me to fully commit to the AE role and not have it be temporary. I went to his office the next morning and told him, “Hey, I’m interested, let’s do it.” Once I made that decision, I knew it was the opportunity I had been waiting for. I moved to Canada a few weeks later as an AE, and I’m still here four and a half years later.

What do you love most about working for Procore?

To use an analogy—as individuals, we need healthy environments to grow and become who we think we can be (or should be), depending on how you view life. For me, Procore was the ripe soil I needed to grow into the next stage of my life. It was a great merge of the industries I loved—architecture, engineering, and construction. I knew I always wanted to be a part of the construction world, but I also wanted to be on the cutting edge of things and help an industry transform itself and rethink how it could and should do business. Procore was a happy medium for me and I was able to bring a lot of different skill sets to the table. It provided the perfect environment for me to grow and has really changed my life.

Another thing I really love about Procore is that they invest in their people and reward hard work. Procore hosts an annual “President’s Club”, which offers a select number of top performers an all-expenses-paid vacation to Maui, Hawaii. I was fortunate to earn this honor in both 2020 as the top seller and in 2022 as one of the top performers. I actually just got back from that trip earlier this month, and it was such a nice way to spend quality time with the team and recharge from the grind of 2021.

What do the next three to five years look like for you, professionally and/or personally?

This is actually something that I’ve been thinking about a lot, especially over the last six months. I think the natural transition is, at some point, to move into a revenue leadership role and start working my way through developing those skills. I’ve also always had aspirations of starting my own company, but I think that’s a bit farther down the road. Right now, sales leadership feels like the next step for me in my Procore journey.

What is your reaction to being called a Groundbreaker?

Knowing what that term means to Procore and our customers, to me, it’s an honor. I feel fortunate to be considered a Groundbreaker and to be recognized amongst those types of people.

What is a fun fact about you that others might not know?

I’m a former musician and producer. Right after I left university, I graduated as a civil engineer but decided to work in the music industry instead of going right into the engineering world. I moved to Los Angeles and was writing and producing R&B music and pop songs for a lot of artists that some people might know. I did this from the ages of 22-24, which feels like a lifetime ago, but for me, it was the perfect time to take a risk. This was probably one of the best decisions I’ve made in my life, and even though it didn’t work out, this time was pivotal in helping me answer a lot of core questions I had about where I wanted to focus my time and energy and what I valued most.

What is your daily source of inspiration?

Because of racial bias in the education system, my parents and my family did twice as much to educate me and push me to be twice as good because they knew the future I would meet in life as a man of color. "Twice as good" is familiar to many of us. It's both something that should not happen and something we have to deal with anyway if we want to succeed. It drove competitiveness in me, and I carry a chip on my shoulder even now. In school, teachers didn’t have high expectations for me as a man of color, so my mom would intervene by talking with them, helping out in class, or going on field trips to try to change their perspective. At home, my parents always tried to find ways to challenge my brain and body with things like Legos, puzzles, books, and a lot of sports—my father also coached some of the teams. They supported me playing sports from a young age, and I competed in basketball, football, track, and cross country and excelled in academics and even earned a partial scholarship in track at University. Competition is my motivation to overcome the racial bias we will almost invariably meet. It has inspired me to want to help other people who come from similar backgrounds or look like me. I want to inspire them to feel confident in their ability to accomplish their goals and realize there aren’t limitations to what they think they can do. I want to be an example of the possibilities that are out there for everyone. We all have preconceived notions of what the path is for ourselves, and oftentimes the preconceived notions of others can be one of our biggest challenges. But we can still confront those notions to push for the life we want.

Can you tell us how Procore has helped you feel a sense of belonging?

The opportunity to move and help open the Vancouver and Toronto offices was a huge opportunity for me to gain more exposure and show Procore and this industry what I was capable of doing. It was a wild learning experience, but it was great to have the business put that trust in me. It’s an ode to Procore’s values of openness, ownership, and optimism, as well as the promises they make to us—mastery, autonomy, and purpose—which gave me my sense of motivation at Procore. What I was able to achieve in Canada alongside the great team members that are still in that business and the results we were able to drive opened up a lot of opportunities in my life and changed a lot of perspectives of who Nolan was within Procore. It gave me a blank canvas to go out and execute sales in a slightly different fashion than what I learned in Carp and the autonomy to find my own sales motion.

When it came to helping build the office cultures in Toronto and Vancouver, I really took the mindset of trying to lead by example. One thing I tried to be mindful of was that Canada has a different approach to work than what I was used to in the U.S. We had to find hungry people that could become cultural pillars and anchors for our business in Canada. People who wanted to dive in and find a company that could help them change their lives. I wanted to bring my work ethic to the office but also bring an element of fun to show that things didn’t have to be serious all the time. I feel like we ended up hiring a lot of amazing, talented people who brought their own great cultures to the business.

What is your joy?

Learning. I have this insatiable desire to learn, whether that’s at work or through people. That’s part of what I really enjoy about being in sales; you’re always meeting new people you can learn from, whether it’s their personal experiences, problems, or whatever it might be. You’re constantly faced with new challenges through those people. Even though it could be the same problem over and over again, because there are different people involved, it’s an entirely different situation. To me, that’s a really great opportunity to learn.

I also read a ton and like to meet new people. My fiancée also brings me a lot of joy. I love the opportunity to travel with her and walk through new cities and see old history. As I’ve gotten older, spending quality time with the people I love has become even more important to me.